Only at the 2020 Cold Lake Air Show will you be amazed by the US Navy Blue Angels with Cold Lake being their only Canadian show. Their teamwork and precision will leave you breathless at just what can be achieved in an F/A-18 Hornet. This will be their last year flying this legacy hornet so you don’t want to miss it!

The mission of the Blue Angels is to showcase the pride and professionalism of the United States Navy and Marine Corps by inspiring a culture of excellence and service to country through flight demonstrations and community outreach. See more here.

The appearance of U.S. Department of Defense (DoD) visual information does not imply or constitute DoD endorsement. 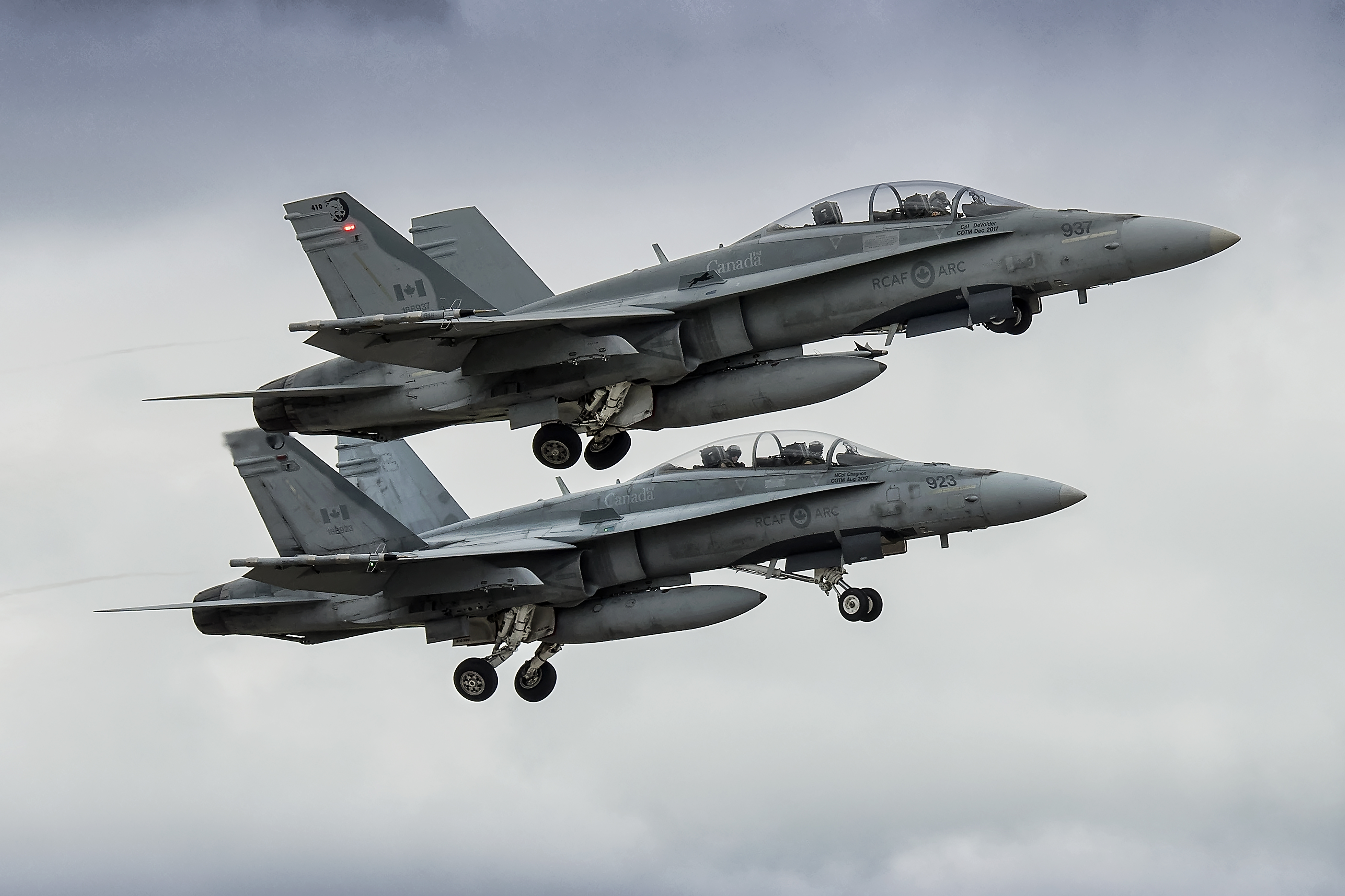 The Royal Canadian Air Force (RCAF) is pleased to announce the appointment of Captain Dan Deluce as the pilot for the 2020 CF-18 Demonstration Team.

Captain Deluce will wow audiences across Canada during the 2020 air show season.

The Snowbirds Demonstration Team (431 Squadron) is a Canadian icon comprised of serving members of the Canadian Forces. Their pilots and technicians work as a team to bring thrilling performances to the North American public.

Serving as Canadian ambassadors, the Snowbirds demonstrate the high level of professionalism, teamwork, excellence, discipline and dedication inherent in the women and men of the Air Force and the Canadian Forces. 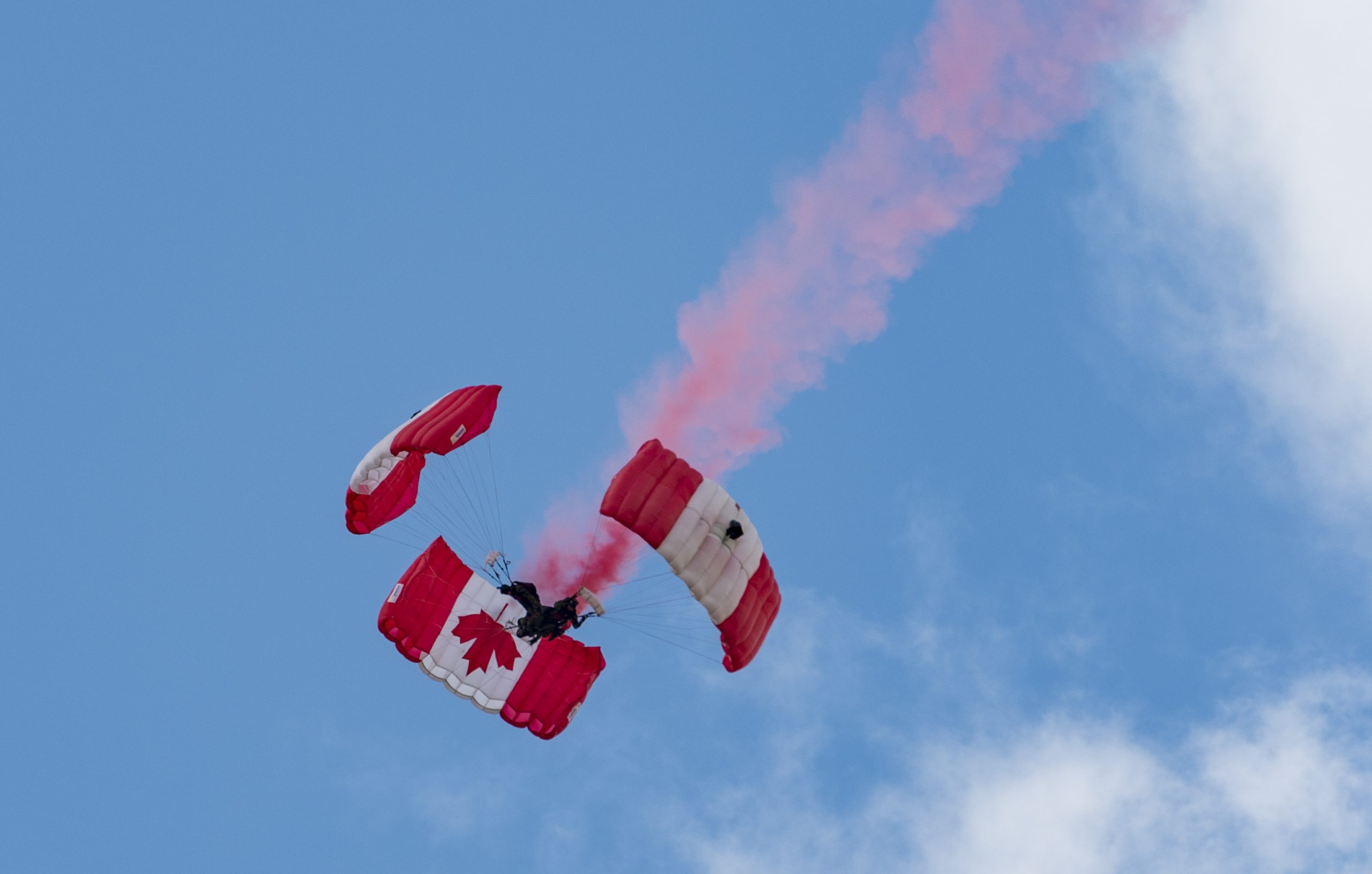 Bringing our parachutes in close proximity to build formations in the sky, the team puts on a spectacular show. Performing these aerobatic parachute formations requires a high level of skill and courage; and is known as Canopy Relative Work.

Supported by the Canadian Army, the SkyHawks are based out of Trenton, Ontario, at the Canadian Army Advanced Warfare Centre. There, they train alongside soldiers who help defend our territory and sovereignty through a wide variety of domestic and overseas missions. From both Regular and Reserve Forces, the team members are from various occupations of the Army, Navy, and Air Force and bring a wide range of experience to their performances.

It is with great pride that we continue to showcase the professionalism, dedication and teamwork it takes to be part of Canada’s military. 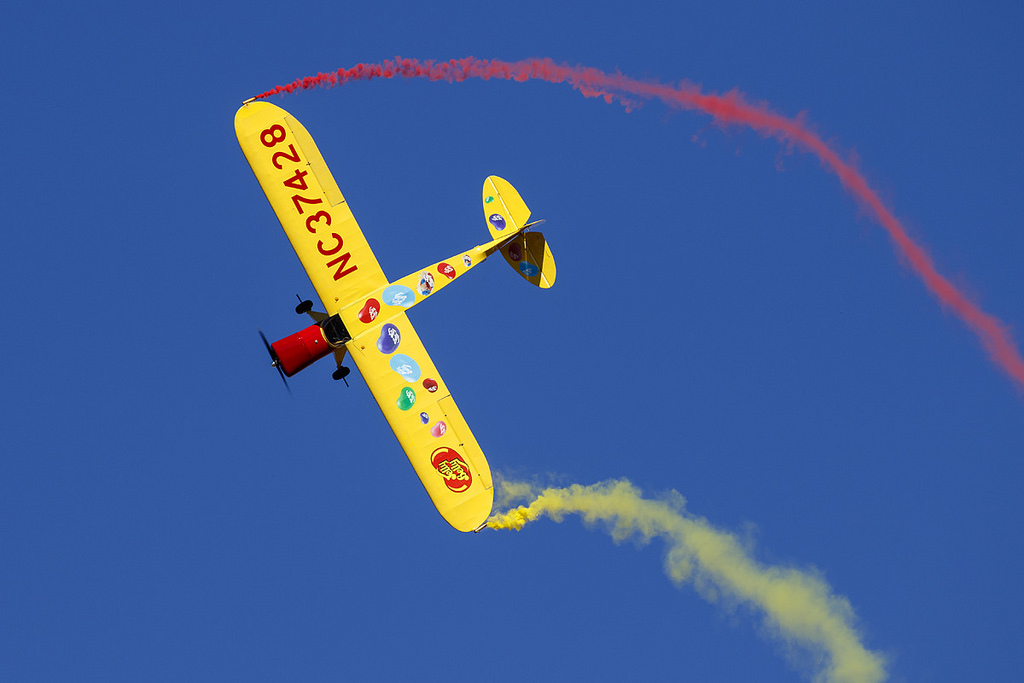 Kent Pietsch fell in love with flying when he was four years old. Five decades later, his passion has not waned.

Since 1973, Kent has performed his incredible aerobatic routines for millions of people at more than 400 shows, which have taken him to quality venues throughout the United States.

Kent grew up in Minot, North Dakota, where every day after school, he’d find a way to get to the airport, and do whatever it took to get into an airplane.

While most aerobatic performers have one basic program, Kent executes three storied acts that leave spectators mesmerized. These include a dead-stick (turning the engine off) routine from 6,000 feet and a rooftop landing on a moving RV! However, Kent is best known for a comedy act that features a detached aileron (wing flap) and a mesmerizing wingtip-scraping pass down the runway that you must see to believe. When Kent is at the controls of his plane, it is impossible not to watch him perform.
Kent loves to fly, but the audience is always his number-one priority. “If you can’t entertain, you have no business being out there,” he said. “The gratification is in knowing that people are enjoying themselves.” Kent’s humble nature and willingness to interact with fans make him a crowd favorite wherever he performs.

He flies an 800-pound Interstate Cadet with a 37-foot wingspan. The plane’s horizontally opposed four-cylinder engine can generate 90 horsepower and a G-force ranging from -3 to +5.

More Performers to be Announced Soon